WE KNOW MORE THAN WE CAN TELL

The newly renovated Context Gallery will be opened by Nóirín  McKinney, Director of Arts Development at the Arts Council of Northern Ireland 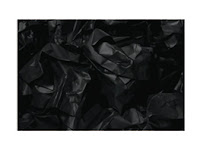 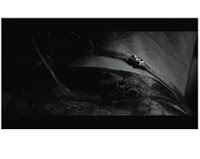 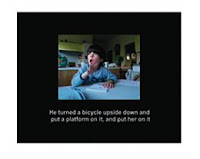 The exhibition examines the different ways that the exploration of emotion and language can be articulated, sometimes without words. Visual art has an extraordinary capacity to extend its reach beyond words, and the work of these artists’ explores this rich and intangible territory.  The traditional rules of language and narrative are subverted in the video work of Jesper Just, and a poetic response to language itself constructed within the sculptural/audio work of Haraldur Jonsson. Aspects of the imperceptible are negotiated between generations, in the video installation presented by Susan MacWilliam.

Haraldur Jónsson presents an audio work of a recording of a young Icelandic boy, reading out the names of fifty emotions in English, (a language unfamiliar to the boy). He slowly and delicately stumbles through the letters making up written words such as exuberant, passionate, defeated, cheated and jubilant. Jónsson will also present a sculpture/installation piece called Crumpled Darkness that delicately articulates the complexities of the experience of darkness, something profoundly resonant in Iceland.

Jesper Just’s short film, A Vicious Undertow masterly uses lush scenery, glossy production, and entrancing audio in order to reveal a complex and nuanced narrative. Just refuses to allow any articulation of a traditional story line, in spite of the films narrative, drawn out with a beautiful score of whistling and stares that offer up no end or resolution. A Vicious Undertow is scored and arranged with versions of Nights In White Satin by the Moody Blues, Rebel Waltz by the Clash and Gift of Redby Dorit Chrysler.

Susan MacWilliam presents Explaining Magic To Mercer; a short video that captures the openness of a young mind to accept and discuss intangible concepts such as telepathy, parapsychology and magic. The video features MacWilliam discussing with her five year old nephew Mercer, the bizarre and extraordinary phenomena attributed to the historical figures that have featured in her other works such as Kuda Bux, Madame Duplessis and Rosa Kuleshova. Susan MacWilliam will represent Northern Ireland in the Venice Biennale, 2009.