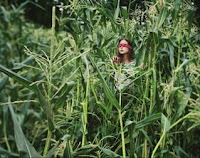 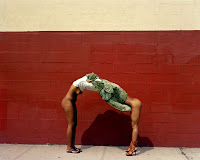 Curated by Gregory McCartney
Opening Saturday 7th March @ 7:30 pm
7th March – 25th March 2009
Whatever one thinks of it, it is an undoubted fact that the USA is at the forefront of modern existence, be it political, social or cultural.
Context Gallery in the third show in the series, ‘We the People’ brings to Derry an exploration of emerging American artists’ relationship with their country. Each of the artists will bring a different viewpoint and a different voice. It is important that we gain a sense of the many artistic viewpoints emanating from many differing cultures that make-up modern America as the issues explored in the work will inevitably have an effect locally. We tend to only hear a monolithic pro-or-anti position in regard to the contemporary USA. This project allows for a more considered approach. Context Gallery presenting its last show in St. Columb’s Hall, will use this platform to establish relationships between emerging art in the USA and emerging art in Ireland. The show is curated by Gregory McCartney in association with Context Gallery.
Carolyn Monastra
A graduate of Yale University’s School of Art, Carolyn Monastra’s interest in photography began as a high school student in Cleveland, Ohio. She continued her studies in the medium at Fordham University in New York City. After being a social worker for several years she enrolled in the MFA program at Yale University’s School of Art. Carolyn has exhibited in many venues in the United States and in the winter of 2009 she will be in her first international exhibit at Context Gallery in Derry, Ireland. Her awards include a travel grant from the English Speaking Union, a grant from the city of New Haven, and a multi-media fellowship from The Rotunda Gallery and Brooklyn Cable Access TV. Recent residencies at renowned art colonies, including The Djerassi Foundation, The Millay Colony, and Blue Mountain Center, have provided her with inspirational environments in which to pursue her work in the landscape. Her photographs are in The Margulies Warehouse Collection in Miami, The Johnson & Johnson Corporate Art Collection, and numerous private collections in the US and abroad. Carolyn currently lives in Brooklyn, New York.
carolynmonastra.com
Xaviera Simmons
Xaviera Simmons produces photographs, installation, videos and performances that expand on notions surrounding landscape, aesthetics, participation and history. Simmons received a BFA in photography from Bard College in 2004 after two years of pilgrimage retracing the Trans Atlantic Slave Trade. In 2005 she participated in the Whitney Museum Independent Study Program while simultaneously completing a 2 year actor training program with the Maggie Flanigan Studio. In 2008, Xaviera was awarded a Jerome Foundation travel/study grant, an In The Public Realm commission from The Public Art Fund and was the recipient of the prestigious David C. Driskell Prize awarded by the High Museum of Art in Atlanta. Xaviera is the 2009 recipient of an Art matters fellowship and will participate in exhibitions at Context Gallery (Derry), jack Shainman Gallery (New York) and the Nasher Museum at Duke University (North Carolina) among numerous other exhibitions this year.
www.xavierasimmons.com (coming soon)
xavierasimmons@gmail
Jose Ruiz
José Ruiz is a Peruvian-born, New York City-based artist and curator who received his MFA from the San Francisco Art Institute’s New Genres Program. Ruiz has shown his concept-based installations, videos, images and objects nationally and internationally while maintaining his socio-political interests and preference for showing them in non-profit and alternative exhibition spaces. His interdisciplinary and collaborative interests allow him to currently operate as the Gallery Director & Curator at the Bronx River Art Center, a curatorial consultant for the Queens Museum of Art, and in the following artist collectives: Decatur Blue (Washington, DC), Band Wagon (New York, NY), and The Global Collective (UK, France, Netherlands, USA). His artwork is represented by G Fine Art (Washington, DC) and Steven Wolf Fine Arts (San Francisco, CA). Ruiz has recently participated in the Jamaica Center for Arts & Learning’s Workspace Program and Aljira, a Center for Contemporary Art’s Emerge 10 Artist Fellowship Program.
info@joseruizart.com