Beyond - Mairead Dunne and Mary O’Kane 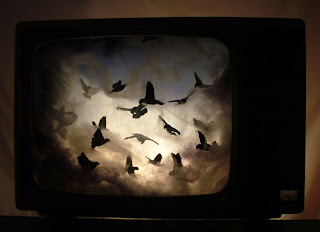 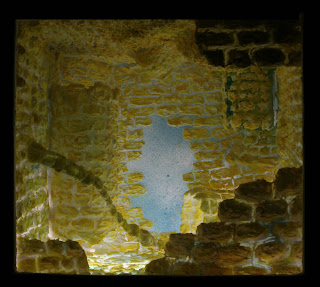 Mary O'Kane: Beyond
16 january - 14 februrary 2009
Opening Reception: 7:30pm, friday 16 january
Artist's talk: 2pm, thursday 15 january
curated by James Kerr
In the final exhibition of the Derry?London?London? Derry? series, James Kerr curates Mairead Dunne and Mary O'Kane, two Belfast based emerging artists. Both artists explore the human psyche through an investigation of the physically of the London Street environs in terms of the geographical, historical, political and religious and social.
Dunne's work explores the relationship between past, present, life and mortality on London Street. Through a series of disused abandoned TV sets she creates self-contained worlds containing subject matter which hangs between reality and illusion.
These sculpturally defined environments are inhabited by scenes of the imaginary in an attempt to recapture the spirit of the street.
Similarly O'Kane creates a series of surreal environments as representation of the unconscious memories the physical place evokes. Her intention is to reinvent the forgotten or what lies beyond or beneath the physical surface. These interpretations address the concept of history and the complex layers and illusion associated with recorded and spoken history.
There is a sense of oddness, sadness and unease that permeates both artists' work. In Dunne's abandoned TV sets lies a melancholy where the sense of isolation mirrors the emptiness of London street. The work is also embedded in nostalgia where the old television sets and imagery evoke memories of a forgotten era whilst recalling both the media frenzy that the period of the Troubles evoked and the sense of community and escapism that the television evoked.
O'Kane's environments also recall the past in a manner that explores the concept of the uncanny, that feeling of the unfamiliar in the ordinary and the frightening in the familiar as she creates narratives that delve below the surface of London Street and encourages the viewer to look within themselves as they engage with the work. Both artists have recently graduated from University of Ulster.
James Kerr is Director of the Verbal Art Centre and a former Director of the Context Gallery.
The opening reception is sponsored by LoveOlive
Posted by context gallery at Friday, January 02, 2009